My Room So Far…

Previously, on My Room…

Last August, I was presented with a new bedroom and the challenge of decorating it within a budget and a simple set of rules: I can’t use black paint, I can’t replace the carpet, and I have to do all my own painting.

I set fourth with an ambitious plan and a blank slate.

This room is smaller than my old room, and very boring. It as four off-white walls and one off-center window.

I started big. I decided on an IKEA double bed. I underestimated how much of the limited space it would take up (about half the room).

I also got a desk and noticed that a pattern of black metal-framed furniture was emerging. The metal frames were good because it gave the small space more of an airy feel, so it wouldn’t seem so claustrophobic. But the thing about my choice of furniture was that they provided no storage whatsoever. I had to get some drawers. 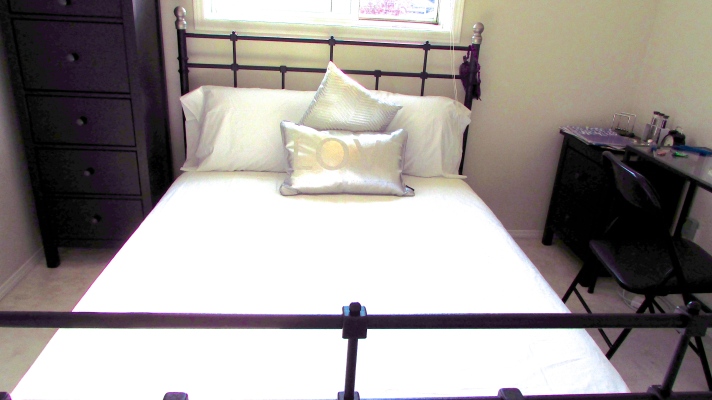 As useful as they were, the drawers were clunky and did not go well with the room at all. At this stage, my room was also looking pretty boring in only black and white.

On the up side, even though I had yet to find a bet set, a couple of throw pillows made it look like I knew what I was doing. They were both different types of silver, and I liked how the reflective surfaces added a bit of brightness. 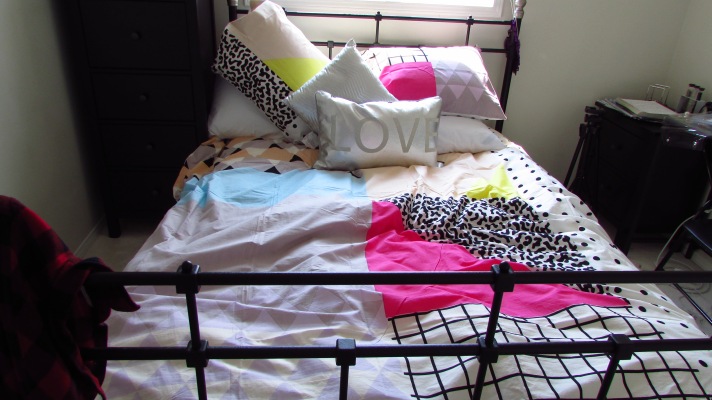 In an attempt to bring some colour into the mix, I chose a very colourful duvet cover. It was exactly what the room needed, but in the event that the colour was too much in the future, it was reversible. It’s always good to have some flexibility. Unfortunately, the drawers were still needed. The closet only had a single wire shelf which made it a complete waste of space.

Thankfully, I managed to reclaim some of that wasted space when I removed the closet doors. They were always open anyway. I might add curtains in the future, since they wouldn’t take up so much space when they’re open, and I could use them as a backdrop if I ever need one.

I finally managed to get rid of the clunky nightstand in exchange for a mirrored one that has a lot more space under it. I later learned that it was actually a plant stand, but it works for what I need it for, so I don’t really care.

But the new nightstand presented a different set of challenges. It had less drawer space, and it was smaller so the proportions needed work. 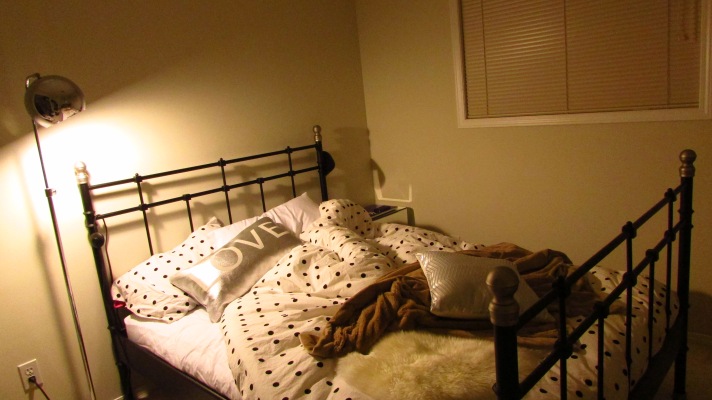 Not to worry. Although I’m far from finished, I am comfortable in my room and everything has managed to fit in place. This last picture was taken about an hour ago, which means you are now caught up.

This coming summer should be interesting.

One thought on “My Room So Far…”