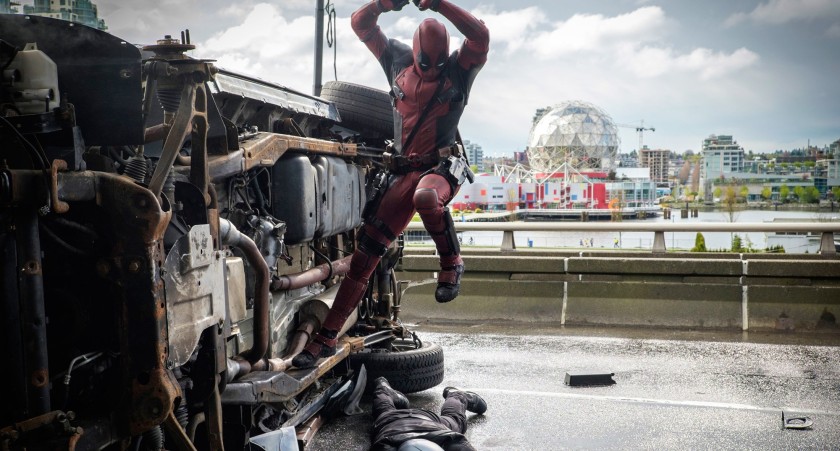 I have been looking forward to this film for a long time (though not as long as Ryan Reynolds has).

I love Deadpool. He was my introduction to comic books and he’s just awesome. His humour, creativity, mercenary skills, R-rating, general quirkiness, and deep seated self-hatred all come together to create the perfect Mary Sue for everyone to love. Any shortcomings are overlooked because he can, has, and will break the fourth wall, making him interesting on a whole other level. He’s like Batman but with less money and more personality.

But even with such a colourful character as its lead, this movie felt a little…unoriginal. Let me explain.

The movie was great. Everything I was expecting it to be. There were awesome action-packed sequences full of cool choreography (although I was starting to think he was just showing off when he did the same backwards twist-flip five times in a single fight). There was wise-cracking and irony and good timing. It was packed full of references and wall-breaks (although the jokes seemed to be 90% reference jokes and someone who doesn’t get the references might not enjoy the film as much). There was the whole love story thing and the revenge thing and the…actually that’s it. Yes. Great movie. BUT.

The characters were flat. The story was a yawn. The jokes made me smile, maybe I’d force a laugh here and there, but nothing really made me laugh. The rest of the audience reacted the same way. Liked, not loved. I don’t think it even passed the Bechdel Test, although I’d have to watch it again to be sure. If this film had any other main character besides Deadpool, it would have been a flop.

None of the characters explore deeper motivations or have much of a character arc, with maybe the exception of the taxi driver and Wade—who gets a free pass because he’s the main character. Out of all the characters, the bad guys, sidekicks, friends, love interest, only the taxi driver was different by the end of the movie from how he was at the beginning of the movie, and he was such a minor character it almost doesn’t count.

BY THE WAY, TRAILER #2 IS FUCKING TERRIBLE. It spoils pretty much all of the movie. And the Vanessa girl in the trailer is all, “I’m no damsel in distress.” which is admirable and all, except SHE TOTALLY IS. SHE IS THE DAMSEL IN DISTRESS! I felt so betrayed. How could they just lie to me like that?

Although in the way of gender equality: there may not have been any strong female characters, but there weren’t any strong male characters either except for Deadpool. So there’s feminism for you.

If, like me, you liked the film but were left somewhat unsatisfied, here are my suggestions for you:

Want an action-packed sort-of-superhero movie with actual character arcs and a plot you can’t guess from the trailers alone? Try Kick-Ass and Kick-Ass 2.

Want an action-packed sort-of-superhero movie that will make you piss yourself with laughter and be too busy laughing to be embarrassed about it? Try 21 Jump Street and 22 Jump Street.

Or just watch Deadpool again and hope for a different outcome. Your choice, really. I won’t tell you what to do.

I live in Calgary, Canada where I was born and raised, but I lived in Winchester, England for three years while in university. When I was fourteen, I decided there weren’t enough books in the world and set out to make more. Since then, I’ve been writing non-stop and aim to work in the book industry. I have two blogs: PrecariousWriter.com is my personal blog where I'll write about anything. PrecariousReader.com is book and writing-related posts including reviews, poems, short stories and articles. View all posts by precariouswriter