I went back to that bagel place from Day 1. This time I came later, around lunchtime, and while they were still busy, there wasn’t a line and I was seated right away. I got pretty much the same thing, except with a salad this time. I think it was the crab salad, although I told the waitress to just get me her favourite so I can’t be sure.

It was good, though.

After lunch, I headed to the Gravin wax museum, which was in a shopping mall that was half down for renovations. Once I got there, I figured actually, I didn’t want to pay $22 to look at slightly-off celebrities and famous people, so I looked in a couple of stores and left.

I went straight to the Biosphere.

I mistakenly thought I’d been here before, but turns out that’s the Biodome. Different things, apparently.

This was basically another museum about Earth and global warming as well as what scientists are doing to combat it and what we can do. A lot of it was cool, educational stuff. But to me, this was worth going to for one reason:

I mean, there was all this other stuff:

Which was nice and all, and I went through it all with a certain amount of interest. But then I reached the observation deck and basically stayed there until 4:59 and they closed at 5. 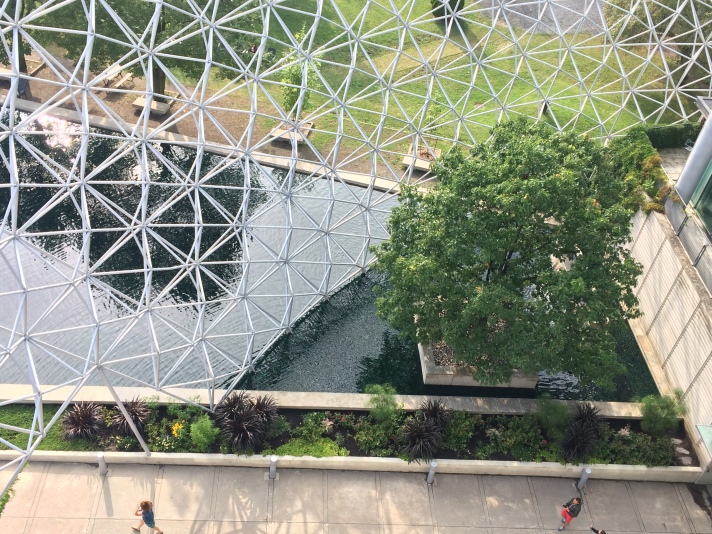 For the last twenty minutes of being up there, everyone else had left and I had the entire observation deck to myself. There weren’t even any staff, and I probably could have stayed up there all night. But I didn’t want that enough to actually stay. 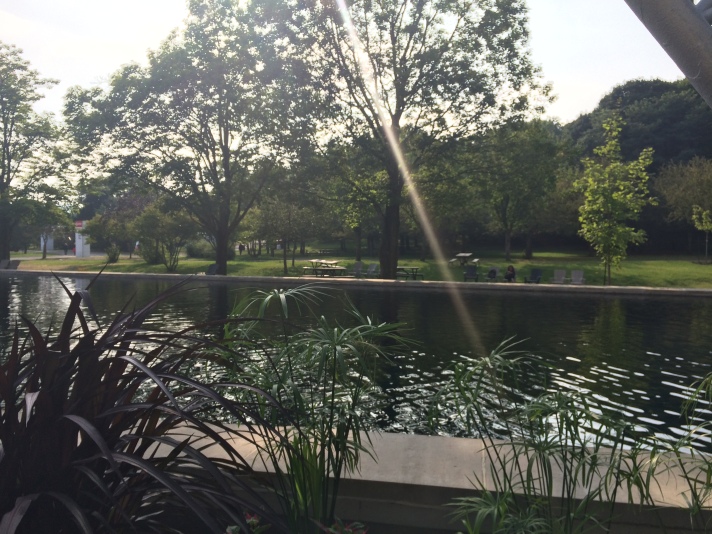 And that was my day.