Well, my sister and I have made it to Toronto (which you would know if you followed me on Snapchat at imiller27) and our first day was pretty chill. 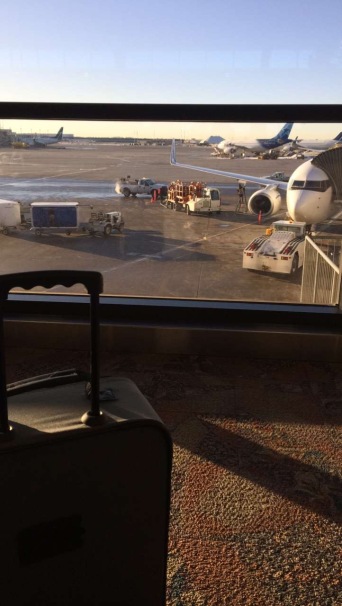 We got to the hotel at around dinnertime and after a quick trip around the block to check our food choices, we ended up at Tim Horton’s. I won a donut.

We discovered that our hotel room was right next door to some friends of ours (and we even have a connecting door). We explored the hotel a bit (there wasn’t much to explore, but we now have a better idea of where to go for everything). Amy tried out the gym while I visited the bar (and the friends there) for a bit. We then went swimming with other friends before returning to our room and chilling before bed. All in all a good day.

I’ve really missed this. Travelling, I mean. Even if it’s a hotel in Toronto which I will be living in for a week without doing any touristy stuff, instead of a few months in Europe. I like the change of scenery, the different schedule, the figuring out how to get from point A to point B, the flying, all of it. To be on the move again is like waking up. There was nothing, and now there’s something.

I’m not sure how much of the following days I’ll be able to share with you, whether because I’ll be super busy, or because I’m not allowed, or even just because I don’t want to. But I’m happy, so if you don’t hear from me, it’s safe to assume that much.